Another "expression of regret" may be in order 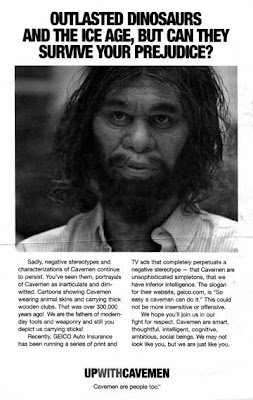 Last month, the Greensboro City Council took the courageous step of formally expressing regret for the killings at the 1979 Death to the Klan march.

It now appears that another, bigger crime may haunt our collective history--an alleged genocide of Neanderthals by humans.

Squat, rugged, and well suited to cold, Neanderthals dominated Eurasia for the better part of 200,000 years, surviving an ice age, but the species mysteriously disappeared around the same time modern humans spread out from Africa into their habitat.

What about it city council? Do you have it in your hearts for one more expression of regret?
at 5:42 PM