More than 1 million shot in the U.S. in the last decade

A disturbing coda to the figures on gunshot injuries and fatalities that I posted on Saturday.

The post focused on trends in U.S. shootings and how they have increased over the last decade. The post only briefly touched on the enormous scale of the carnage.

If you add the figures together, they indicate that more than one million people were shot in the U.S. in the last decade (2002-11) for which numbers are available. About 310,000 of these shootings were fatal.

One million people exceeds the combined populations of Charlotte and Winston-Salem.

310,000 people exceeds the population of Greensboro.

Put another way, if a service was held to read the names of each of the decade's million-plus U.S. shooting victims, the speakers took just three seconds per name, and the speakers read continuously day and night, it would take more than a month to read the names. While the last decade's victims were being remembered, more than 10,000 additional people in the U.S. would be shot.
at 8:21 AM

The increasing chances of being shot

Americans' risks of being shot by a gun were higher in 2011 than a decade earlier.

The figure below shows figures from the Centers for Disease Control WISQARS database supplemented with preliminary mortality data for 2011 on people in the U.S. who either suffered a non-fatal firearms injury (the blue bars) or were killed by a firearm (the red bars). The sum of the figures indicates the total number of people who were shot.

Nearly two-thirds of these shootings were assaults and homicides; figures appear below. In 2011, there were just under 67,000 firearms assaults and homicides compared to just over 52,000 a decade earlier. Adjusting for population growth and averaging changes across years, the chances of an American suffering a homicide or an assault injury at the end of a gun climbed by 1.7% per year.

Accidental shootings were down over the decade, falling from 18,500 in 2001 to 15,500 in 2011. Adjusting for population size and averaging the changes over the decade, the chances of being accidentally shot fell by 2.3% per year. While the gun accident figure might seem encouraging, it is worth considering that the chances of being accidentally cut or stabbed fell even more (2.6% per year).

Toughest milk monitor this side of the Pecos

The Charlotte Observer reports more evidence that the flood of guns puts all of us at risk.


A 7-year-old brought was taken into custody after allegedly bringing a gun to school Thursday, the Alexander County Sheriff’s Office says.

Thank goodness the school staff was able to secure the gun before a bigger tragedy unfolded.
at 8:10 AM

North Carolina's prohibition against corporate political contributions to state candidates are abundantly clear, "No candidate, political committee, political party, or treasurer shall accept any contribution made by any corporation, foreign or domestic, regardless of whether such corporation does business in the State of North Carolina, or made by any business entity, labor union, professional association, or insurance company."

Nevertheless, as much as $235,000 in funds from an electronic sweepstakes software company, International Internet Technologies, may have made its way into the 2012 NC state elections, including into donations that were mailed and hand-delivered by the lobbying firm that employed then-candidate McCrory and that included the business card of Senate majority leader Phil Berger's former deputy chief of staff.

These are the same funds that are tied to the indicted sweepstakes operator, Chase Burns, who is alleged to have participated in running a veterans charity as a means of hiding sweepstakes profits from the the IRS.

Despite Burns' large contributions and his enlistment of the lobbying firm that employed McCrory, the governor has denied meeting with him or other electronic sweepstakes lobbyists. However, the governor's spokesperson is now parsing that comment, saying "the governor was clearly referring to Chase Burns, Florida clients and no one else in his answers."

The Democratic chairman and ranking Republican member of the State Elections Board think that the matter should be investigated. Such an investigation could involve subpoenas and requirements to testify under oath. However, Republican-initiated legislation might conveniently knock them off the board.

Altogether, Gov. McCrory received over $82,000 in contributions from sweepstakes operators, including Burns; House Speaker Thom Tillis received over $87,000; and Senate Leader Phil Berger received $60,000. Despite this, the governor and legislative leaders don't indicate seeing any conflict of interest in fiddling with the State Elections Board.

Don't look for the governor or his McCronies to provide answers or facilitate an investigation.

Gun apologists are fond of saying that "guns don't kill people -- people kill people." How then to explain this story from the Charlotte Observer.


Nearly two years after a Charlotte teenager died and two others were wounded in a mysterious shooting in eastern North Carolina, the Columbus County district attorney has determined a gun malfunction is to blame.

The bullet that struck and killed Jasmine Thar, a 16-year-old Ardrey Kell High student, over Christmas break in 2011 was fired from a rifle that accidentally discharged, District Attorney Jonathan David said in a Monday news conference with Thar’s family.

The story goes on to describe a well-known defect in the model of rifle that would have cost "pennies per gun" to fix.

The gun lobby's strategy of putting more dangerous and malfunctioning guns into the hands of more people increases the odds of these tragedies.

Jasmine Thar never had a chance, and arming her, her friends, or anyone else wouldn't have helped.
at 9:05 AM

What could possibly go wrong?

Greensboro's year started with a gun tragedy. On the morning of January 7, as her family was preparing for work and school, Sandra Palmer shot her 14-year-old middle-school son five times, killing him, and shot her live-in boyfriend and her 18-year-old daughter multiple times. The boyfriend escaped to get help when Palmer's first gun jammed. Palmer grabbed a second gun and turned it on herself, ending her own life.

This morning's News & Record reports that Palmer obtained the gun permit from our friendly sheriff's office two days before the slaughter, despite:
Palmer did not disclose any of these problems on her permit application, and even if she had, none of them would have disqualified her. This litany of problems didn't even raise a speed bump along the path to a gun purchase.

Sandra Palmer might not have technically been crazy, but irresponsible policies that quickly put a gun in the hands of someone with her problems and circumstances surely are.
at 8:52 AM

Senator Hagan (aka "Kowardly Kay") lost my vote today by repeatedly standing with the gun lobby and against sensible gun safety and a majority of her constituents. Kowardly Kay

Kowardly Kay had earlier voted in favor of the Inhofe amendment to prevent the United States from entering into the U.N. Arms Trade Treaty.
at 9:47 PM

So you have a job

The Great Recession has taken a toll on the labor market. Unemployment remains stubbornly high; job creation and job-holding rates have been tepid. As if this isn't enough terrible news, the U.S. Bureau of Labor Statistics has released a new report on poverty among workers up through 2011. The results are sobering.


In 2011, according to the U.S. Census Bureau, about 46.2 million people, or 15.0 percent of the nation’s population, lived below the official poverty level. Although the poor were primarily children and adults who had not participated in the labor force during the year, according to data from the Bureau of Labor Statistics, 10.4 million individuals were among the “working poor” in 2011; this measure was little changed from 2010.

The BLS definition of working poor includes all adults 16 and over who were working or looking for work for at least half the year. Thus, the total is affected by the number of unemployed. However, 40 percent of the working poor were adults who usually worked full-time and were in the labor force for the entire year.

As with other poverty statistics, poverty rates among the working poor are higher for blacks, Hispanics, women, and people with less education.

A primary culprit in poverty among workers is extremely low wage rates. The BLS defines "low earnings" as weekly earnings that are less than what a person working 40 hours per week at the average inflation-adjusted minimum wage from 1967-1987; in 2011, the threshold was $331 per week. The BLS found that two-thirds of full-time working poor adults had wages that were lower than this.

Sadly, these are exactly the people and families that North Carolina's Republican legislature have targeted in their spending plans. Starting in July, workers who lose their jobs will see the amounts and duration of their unemployment compensation cut. Low-income workers in NC will also see a reduced earned income tax credit this year. And the Republicans have decided to turn down federal funds to extend Medicaid benefits to these families. Republicans may also soon shift more of the tax burden toward the working poor.

Outcomes for many workers have been miserable for the last few years. Shamefully, NC's legislature and governor are compounding that misery.
at 8:51 AM

Two heart-rending stories in the last few days show the tragic consequences of a country that is awash in guns.


A 6-year-old New Jersey boy has died after being shot in the head by a 4-year-old playmate as their parents stood in the yard nearby, a local police chief said.

..."The 4-year-old ... retrieved a rifle within the house, a .22-caliber rifle, came outside," Mastronardy told reporters earlier Tuesday. "... A shot went out and the 6-year-old was struck in the head."

This eastern New Jersey incident follows another fatal shooting days ago that also involved a 4-year-old boy, this time in Tennessee.

Josephine Fanning had gone into a bedroom, along with the boy, where her husband -- Wilson County Sheriff's Deputy Daniel Fanning -- was showing a relative some of the lawman's guns.

At some point, the boy picked up a loaded pistol from a bed and shot Josephine Fanning dead, said Tennessee Bureau of Investigation spokeswoman Kristin Helm. 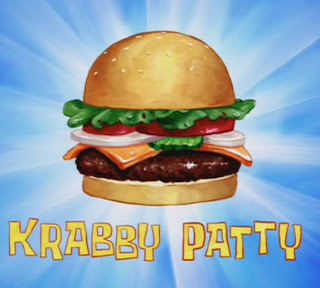 
It is the dawn of the super crab.

Crabs are bulking up on carbon pollution that pours out of power plants, factories and vehicles and settles in the oceans, turning the tough crustaceans into even more fearsome predators.


The problem extends beyond crabs and the Chesapeake Bay. Lobsters and shrimp are also bulking up on carbon dioxide along the Atlantic coast.

The downside is that carbon hurts the development of oysters and coral.
at 10:33 PM